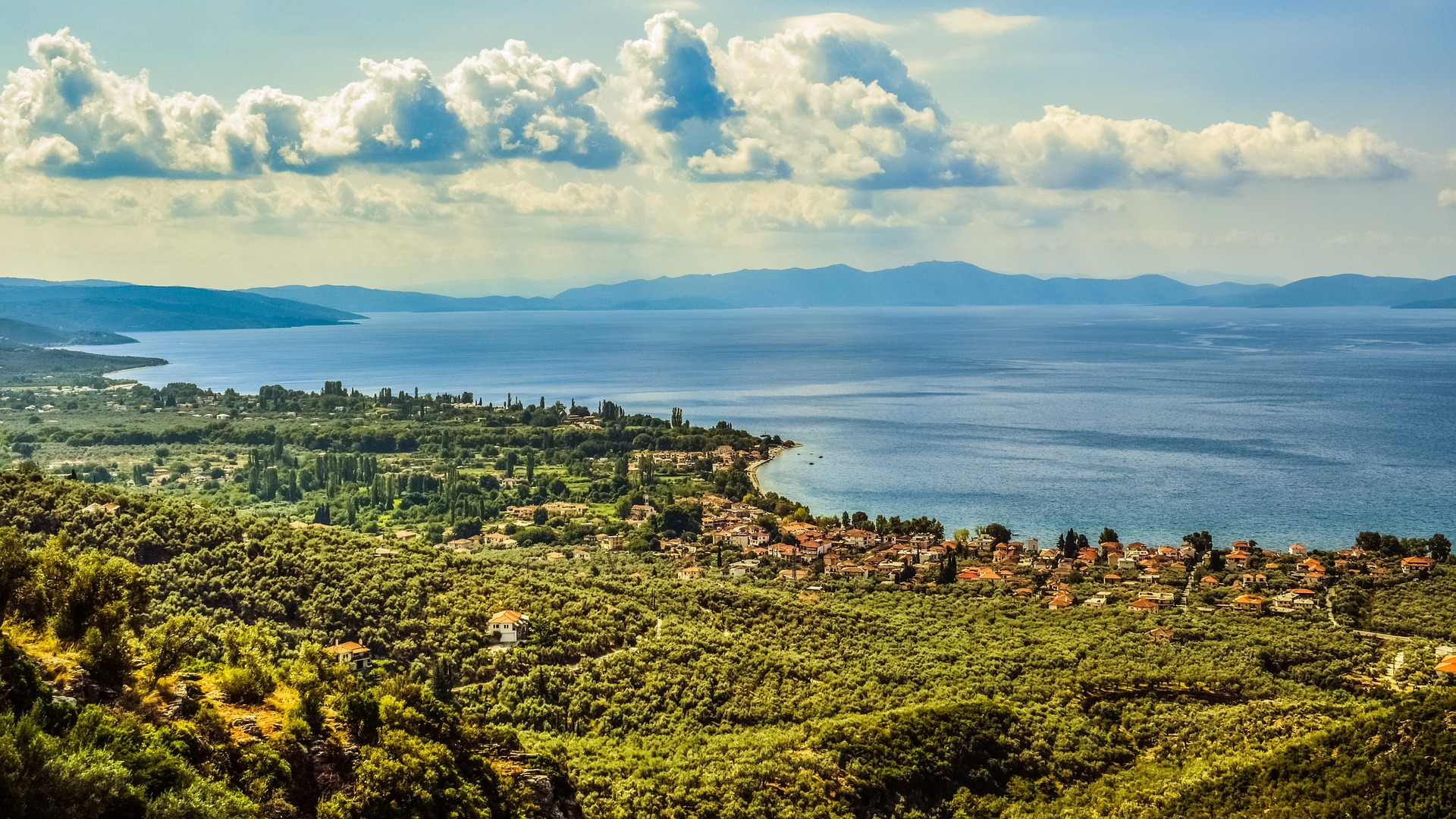 I usually want to go somewhere to see something old or to party somewhere new.  But at the end of a month  in which I had been caught  up in riots in Istanbul and  revolution in Cairo, a month  when too many people  pointed guns in my face, I  wanted to go somewhere to  switch off. Somewhere all I would be obliged to do was swim, eat and sleep; where I wouldn’t have to see anything but the sun on a blue sheet of water or words on a white page.

I thought I knew Greece, but I had never heard of Pelion until friends told me about the simple stone house they were staying in, the perfect swimming, the unripened food, the joys of pine- and olive-covered slopes and deserted pebble beaches. When they went on about it as a forgotten corner of Greece, I thought maybe they were exaggerating. But they weren’t.

The peninsula pokes out into the Aegean and then bends back towards the mainland about halfway between Athens and Thessaloniki. The city of Volos and its port sit at the top of this huge bay, Mount Pelion towering above them. And a ridge of hills runs down from the mountain to the southernmost tip, its slopes as thick with chestnut forests and olive groves as they are with myths. Jason and his Argonauts sailed from Pagasae near Volos in search of the golden eece. The forested hills were home to the centaurs, half-man, half-horse, and in a cave on the slopes of Mount Pelion, the semi-divine centaur Chiron instructed Achilles before the hero went to war. This was where gods and mortals feasted together: it was at one of these that Paris was asked to choose the most beautiful woman in all the world, a conversation that led to the Trojan War. More recently, but still long ago, Christian monks came in search of retreat. Like the more famous Mount Athos, on the other side of Thessaloniki, Pelion is dotted with monasteries, some still thriving, some dating to the time of the Crusades. So if this place of respite and pleasure was good enough for gods and mystics, surely it would do for me?
Tom Parker

A beach on the Pagasetic Gulf

It would, and it does. I was happy the first moment I drove down the twisting coast road, even sitting behind a slow local bus. It was late in the day and the light was soft in the olive trees. Over the treetops I caught glimpses of the flat, shifting blues of the Pagasetic Gulf. For a couple of weeks I stayed close to the house I had rented, swimming off its small, stony beach in water as clear as air, making occasional visits to nearby Argalasti or one of the small seaside villages for food and drink. Day by day, the place worked its subtle, irresistible magic. But it was only when I got home, rested, tanned, exercised, restored, that I realised the full wonder of it. The more I talked about it, the more I felt I was describing a version of Greece I had known as a student, when I had slept on beaches on Serifos, Sifnos and elsewhere in the Cyclades, chased fish by day and girls at night. It was busy enough to be accessible and interesting but still relatively undeveloped.  Part of the joy of Pelion is that it has no high-profile or large-scale tourism. For most travel companies, as for most of their clients, it is as off the map as the Empty Quarter.
Tom Parker

Overlooking a bay near Milies

In winter, when it snows, people come from Thessaloniki and Athens to use the chair lifts and ski down Mount Pelion. In summer, the same sort of people come to swim and sleep. Many are from old Pelion families and still  own houses in the hilltop  villages. Others, like me,  are foreigners and prefer  to stay closer to the water.  Which is to say that the  place is empty. Argalasti’s  Saturday market, the  region’s only fresh food  and farmers’ market, can  get crowded with people from the peninsula alongside Greek, British and German holidaymakers buying tuna, mackerel and sardines from the back of a pick-up, or wildflower honey from an old hippie, or pickled mushrooms, dried thyme and oregano, tresses of garlic, locally pressed olive oil… But where are they the rest of the time?

If you didn’t know better, even in what passes for the high season, you might think some favoured son of the region had died. I thought that myself on my first visit to a café in Argalasti, for the owner had such a hang-dog face, but he turned out to be happy to talk. So what happened? The answer, I discovered, was that people had gone to the hills. On that first visit to Pelion, I didn’t recognise the cultural gap between villages along the coast and those in the mountains.

It is less than 80km from Volos to the tip of the peninsula, and half that distance across the spine from the gulf to the Aegean Sea. When Greece was part of the Ottoman Empire, imperial collectors extracted tax from the ports but were less successful up the slopes (their modern counterparts seem to have similar issues). For that reason, most people chose to live in the hills, coming down to makeshift huts and houses if they needed to work their fields or harvest trees. Long before the road ran down the coast, a network of stone-paved paths – kalderimi – linked the upper settlements. From these centres of commerce and culture, other paths led to the ports along which villagers carried chestnuts, cheese, cured meats, leathers, silk and whatever else they could trade down those vertiginous slopes to the sea. Life changed in the 19th century when cheap British fabrics put some of the region’s silkmakers out of business. Some went to Egypt, where they made fortunes in cotton and tobacco. Many sent money home to build huge neoclassical mansions, which still decorate the peninsula and add grandeur to old villages.

You can find out more about which cookies we are using or switch them off in settings.

This website uses cookies so that we can provide you with the best user experience possible. Cookie information is stored in your browser and performs functions such as recognising you when you return to our website and helping our team to understand which sections of the website you find most interesting and useful.

Strictly Necessary Cookie should be enabled at all times so that we can save your preferences for cookie settings.

If you disable this cookie, we will not be able to save your preferences. This means that every time you visit this website you will need to enable or disable cookies again.